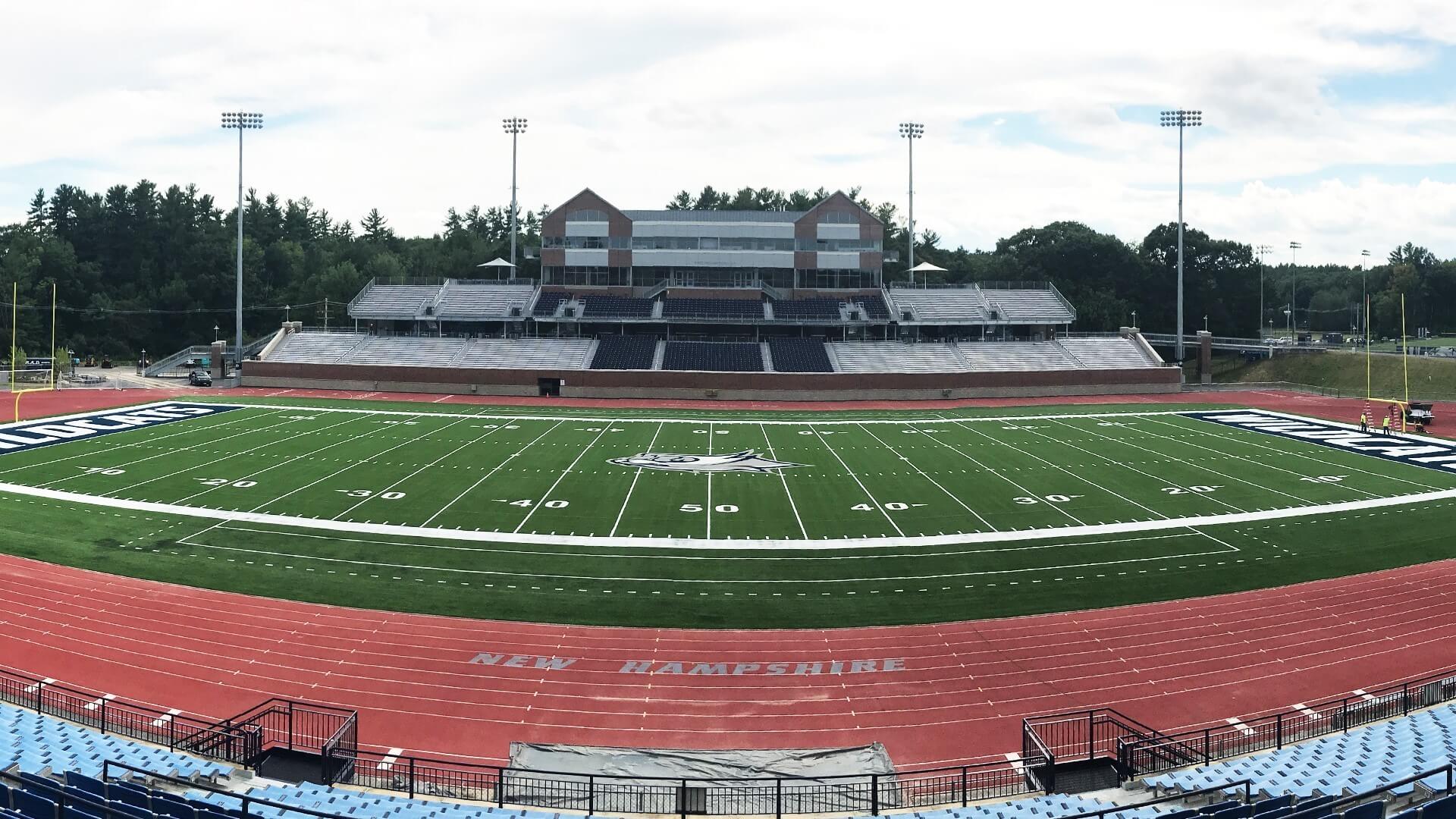 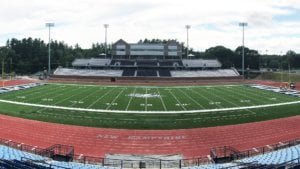 DURHAM, N.H. – Last year, the University of New Hampshire department of athletics opened Wildcat Stadium - home to one of the most successful football teams in the nation - to rave reviews.

The facility, designed with the region's fans in mind, was packed with amenities to enhance the spectator experience.

Now, UNH is breaking out a featured addition to the facility: a new, innovative and top-of-the-line synthetic playing surface that is a major upgrade on the previous surface.

A new turf was needed to replace the previous one that had been in place for the anticipated lifespan (nearly a decade) and had become worn, tired and compacted. Safety was a primary focus as well.

The Sean McDonnell-coached New Hampshire football team opens the 2017 season with a "Thursday Night Throwdown" game against Maine on Aug. 31 at 7 p.m.

Tickets for the UNH-Maine game and other games and season tickets for UNH football are available at www.unhwildcats.com or by calling 603-862-4000.

In addition to football, UNH men's soccer games will be played this fall in Wildcat Stadium with the switch to the new surface. The UNH lacrosse team played its games in the Stadium last season and will next year as well.

"We're going to have colored end zones this time," said director of athletics Marty Scarano. "We have a different, larger logo. Everything's sewn in. Of interest, due to our television production it's going to be a low luster kind of turf that doesn't have glare at night for night games, so it's going to look spectacular. It's going to bring the whole stadium together."

The new turf is the latest innovation of the firm Shaw Sports Turf and is called Spike Zone Pro System and is designed to excel in performance characteristics, including ball roll and ball rebound, while mirroring the aesthetics of natural grass and minimizing fraying and splitting.

"Shaw has one of the premier turf products and after reference-checking with schools that already had this product, we were convinced that it would be an excellent choice for us," said deputy athletic director Steve Metcalf.

Some 3,500 graduates and nearly 20,000 guests attended UNH's graduation in Wildcat Stadium on May 20. Work began on the turf project two days later and is due to be completed by Aug. 11.

The UNH football team has qualified for the NCAA Division I FCS tournament in each of the last 13 seasons, which is the longest streak in the nation.

"Between the new turf with the colored end zones and the low luster finish and the video board in the stadium, I'd arguably say it's one of the very best FCS venues in the nation," Scarano said. "We fully anticipate this turf is going to be a really fabulous surface for the better part of a decade or more and that it's going to open up opportunities for different types of events in there, for example, more NHIAA championships. We're always looking to actively partner with the NHIAA on championship opportunities and that surface along with that stadium is going to be as fine a venue as there is in the state of NH right now."